Nov 1 to 14 2010  Port Macquarie is situated at the mouth of the Hastings River on the blue Pacific Ocean. The European settlement of Port Macquarie was established in 1821 and is one of the oldest penal settlements outside Sydney.

Arrived just in time to set up before an impressive thunder and lightening storm. Took a trip on the bikes to see some of the great scenery. Bob had a quick fish off the wharf and was surprised by a pod of 5 dolphins who he reckons frightened all the fish away ! Treated ourselves to a seafood platter at a lovely restaurant on the river. 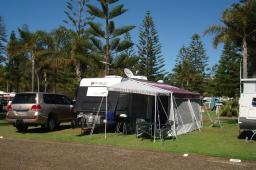 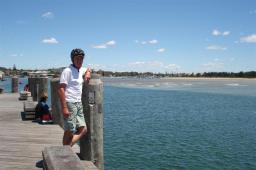 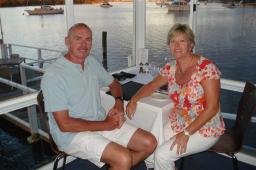 Friends Alan and Lorraine Brydson and Matt and Maria Schlotterbach came down for the Aussie Vets Golf and we invited them all to the caravan for a BBQ. We also met with Jim and Maureen Nixon the following evening at their caravan site for a lovely meal at the on-site restaurant. 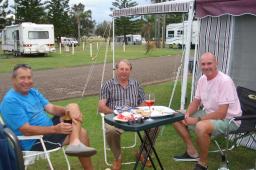 The coastline around Port Macquarie is absolutely spectacular with rocky headlands and long sandy beaches. Siobhan tried the water but it was too cold for a long swim. 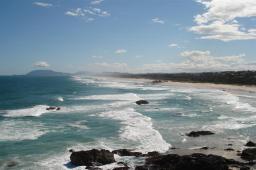