Situated 50 kms west of Emerald are some of the world’s richest sapphire fields. Local town names include Sapphire, Rubyvale and Anakie. Sapphires of all colours are found here, most notably the yellow. The area has been restricted from big mining companies and still has the feel of the original ‘Klondike’ with ramshackle settlements and small individual mines dug by hand. It is possible to ‘fossick’ for your own gems for a small investment in a license.

Siobhan decided to take the easy option and as a token of the end of our recent Parklake Terraces era, decided to purchase a sapphire ring from a small husband and wife team. Peter has mined his own small mine by hand for over 30 years. He cuts and sets the stones and his wife, Eileen, runs the small gallery shop. Siobhan’s 3 sapphire (1 blue and 2 yellow) ring will now be known as The Parklake Sapphires !! 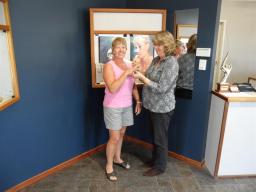 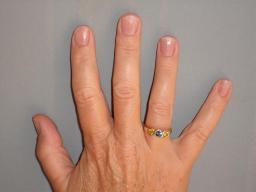 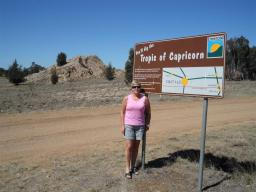 Aug 12 2011  We left Cotton Tree and headed north west inland towards Emerald. Our first stop was at Munduberra. This is the centre of the main citrus growing area of Queensland and is situated on the banks of the Burnett river. 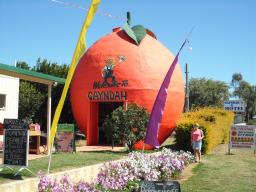 Next overnight stop was Biloela. This is in the Banana Shire which is quite strange because no bananas are grown here. It was named after a bullock called banana whose job was to lure wild cattle into enclosures. We tried out the local golf course at Biloela. 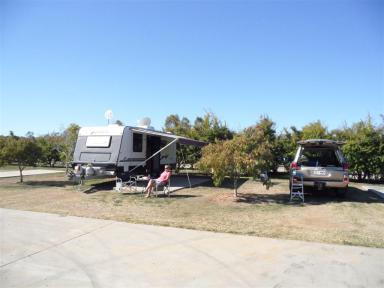 Aug 14 and we arrive at Emerald. Emerald lies on the Tropic of Capricorn and the region combines tourism with mining, industry, agriculture and cattle raising. Most of Queensland’s coal exports come from open cut mines around Blackwater which is approx 75 kms from Emerald. Cotton is the major crop in the Emerald agricultural area. 25% of Queensland’s cotton comes from here. The town was established in 1879 as a service town while the railway from Rockhampton to the west was being built. 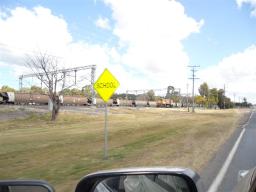 Emerald’s railway station was built in 1900 and is classified by the National Trust as the finest building in the Central Highlands. The town also boasts the world’s biggest Van Gogh sunflower painting on an easel. (See if you can spot Siobhan in the picture under the painting – that gives an idea of the size). After a game of golf at the Emerald golf course we had to visit the local Irish bar for a pint of Guiness.

We are booked in at the caravan park at Lake Maraboon which is 18 kms south of Emerald, for a week. The Lake is formed by the Fairbairn Dam and is 3 times the size of Sydney Harbour. It is stocked with barramundi. Murray cod and golden perch. However, the dam is most famous for its red-claw crafish. The caravan site is right in the bush with lots of bird and animal life. The owners of the site organise entertainment and activities most days. 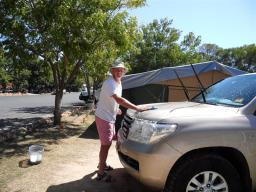 Close to the end of our stay at Lake Maraboon, we went to the 50’s, 60’s and 70’s disco (Yes, disco !) at the camp kitchen. We won a prize for the best smoochy dance couple. The prize was a bottle of very interesting wine. It is called ‘Van Vino Jockey Wheel Cabernet’. The spiel on the back of the bottle says ‘The annex is up, the van is levelled and all wired up. You’ve surveyed your position and smiled at your good fortune. You may have been here a few hours, a few days. It’s perfect. Table set, sun set, you’re set. All that is left to do, as the steak goes on the barbie, is to take a long hard look at the jockey wheel (wine that is).’

July 29 2011 is a significant date for Bob and Siobhan. That is the day the sale of the Management Rights business at Parklake Terraces settled. After 6+ years we leave with some sadness but with more happiness for an exciting new era beckons. Leaving the office was not such a sad moment. 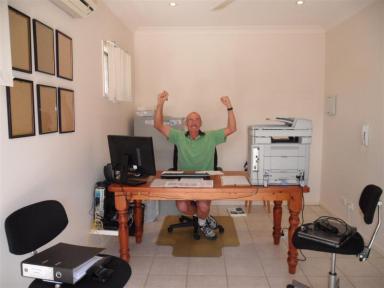 So it is fairwell to our little house for the last time. Ebay helped us get rid of some unwanted bits and pieces. The rest went into storage. :

Time to get the caravan out of storage. It has been 5 months since its last outing to Sydney with Grannie Sue. We based ourselves at Cotton Tree in Maroochydore while we got everything organised. 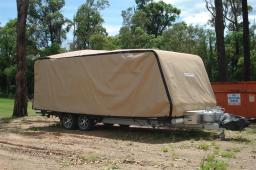 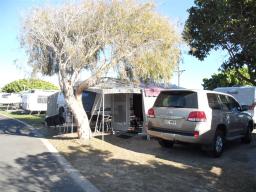