Sep 1 to 7 2011  We arrive at the Wallace Caravan Park in Maryborough for the annual Queensland Vets Golf Championships. There are over 20 players at this event from our own home golf club at Pelican Waters. We are joined at the caravan park by Jeff and Faye Chappell, Dick Hancock and Marilyn Fitzpatrick. Dick and Marilyn have a unique camp fire called the ‘Pig’. It is made out of a 9 kg gas cylinder. We all gather around the Pig each evening for a catch up, a drink (or 2) and nibbles. Marilyn impressed all one evening with her traditional damper – delicious with golden syrup. 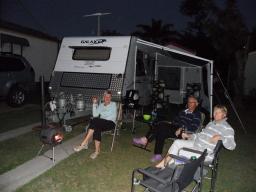 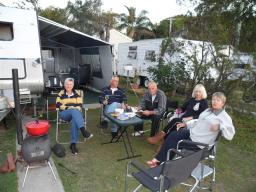 Maryborough has some amazing history and beautiful colonial architecture. For example, even though it is 20 kms up river from the coast, it was the second largest immigration port in Australia in the late 1800’s and early 1900’s. We went on a 2 hour guided tour of the city (walking !) and learned a lot of the history. The local sugar industry was founded on the import of native labourers from Papua New Guinea, Torres Strait, Vanuatu and the Solomons (amongst others). Unfortunately, most of these labourers were not treated well – average salary was 6 pounds per year, paid half yearly. 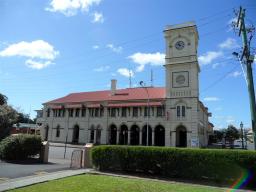 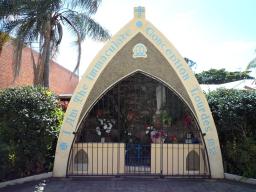 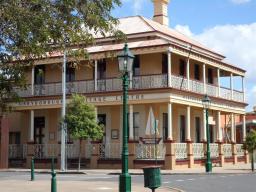 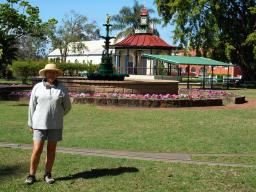 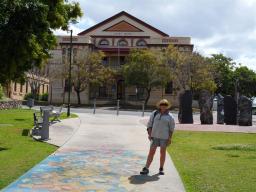 Maryborough has another unusual claim to fame. The author of Mary Poppins, Pamela Travers, was born Helen Lyndon Goff in Maryborough in 1899 where her father was a local bank manager. A life size bronze statue of Mary Poppins stands at the corner of the road where the author was born. 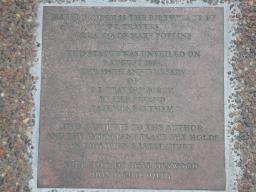 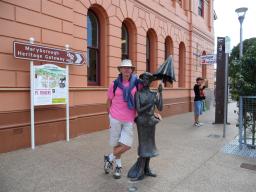 Most people will have heard about the terrible floods in Queensland earlier this year. Since Maryborough is situated on a large river (the Mary) and is also quite close to the coast, it was affected quite badly. The effect of the floods can be imagined if you look at the 2 photos below. They show the side of a house that sits 26 metres above the normal river level. This year the water just reached the bottom of the house at 26 metres above normal level. However, the record flood was in 1893 at nearly 42 metres above normal.

Back to the golf tournament, played over 2 days, with Pelican Waters Golf Club very well represented with over 20 players. 9 separate golfers from PWGC won individual prizes. An excellent result for the club. 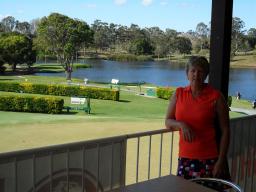 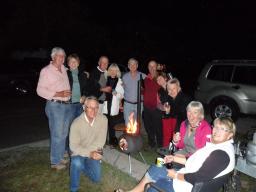 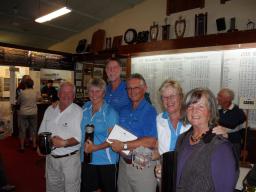