Dec 13 to 16  Warrnambool is the largest city in the Great Ocean Road region. First settled in the 1840’s Warrnambool is home to many shipwrecks, a historic boathouse, a state heritage listed Lighthouse and Maritime Village which was Victoria’s most active port in the 1880s. A mysterious shipwreck buried deep beneath the sand dunes on Warrnambool’s outskirts is just one of the intriguing tales that contribute to the city’s unique history.

A Portuguese vessel, fondly known by locals as “The Mahogany Ship” reportedly ran aground off Warrnambool in the 1500s. This local legend is supported by the discovery of old Portuguese charts that depict Australia’s southern coastline as far as Armstrong’s Bay. It is believed these charts were drawn in the 1520s.

In the 1880s, the Port of Warrnambool handled more cargo than the Port of Melbourne and was a thriving deep sea port. In 1876, planning commenced to protect the harbour utilising huge concrete blocks weighing 32 tons each. The blocks were transported to the breakwater site by a specially built railway line, and construction was not completed until 1890.

We both play in the mens and ladies golf comps at Warrnambool Golf Club and are very happy to report the extremely welcoming environment at the club, from the Pro shop, our playing partners and everyone at the club.

Port Fairy, about 30 kms east of Warrnambool is a quaint local fishing village and well worth a visit. 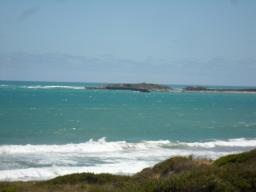 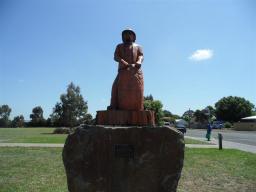