Winton’s final attraction is the Dinosaur Stampede, also known as Lark Quarry, after one of the volunteers that helped excavate the original site. The site is considered to be the site of the world’s only known record of a dinosaur stampede with fossilised footprints are interpreted as a predator dinosaur stalking and causing a stampede of around 150 two-legged dinosaurs. The Lark Quarry site is about 110 km (68 miles) south west of Winton. 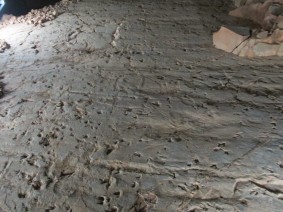 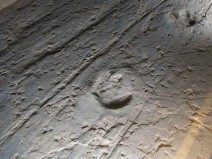